This past weekend was The Peddler Show in New Braunfels. What a great event! If you’ve never been to a Peddler Show before, I highly recommend them. As an event organizer, this show was top-notch! Everything went so smoothly, and we had a great turnout on Saturday and Sunday. In addition, the vendors at the […] Something really cool happened in Aransas Pass…I was interviewed by Channel 6!  Without any preparation or notice, I said yes I would love to do the interview.  I was able to express my gratitude to locals for coming out to local venues to support small businesses.  Additionally, I really enjoy being able to meet new […]

It’s hard to believe it’s been a year since COVID-19 came to the US officially. In reality, my one year anniversary was last month. In mid-February 2020, I was terribly sick with a “respiratory infection” the likes of which I had never experienced before and hope never to experience again. There were no tests at […]

Apologies for Recent Outage and Issues I want to apologize to all my visitors who may have attempted to visit between January 26, 2020 and January 29, 2020. My hosting provider migrated my site without my knowledge, permission, or any warning and as a result, broke my website. They refused to fix it for four days, so I changed providers, and […]

As a reader, it can be hard to fully understand all that goes into publishing. It’s such a complex industry with so little transparency. As an Indie Author since 2012, I’ve had to learn a great deal about this industry. Here’s a few things I’ve come to know. The Real Cost of Publication As an […] 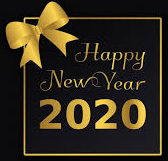 I can’t believe it’s been almost a year since my last blog post. And a year since this site was created as the new permanent home for my work. What a year it has been. My daughter Libby became a ward of the state and has for the past year been undergoing intensive treatment for […]

Most Wanted: A Short Story CIA agent Jazz Macintosh is sent to Dubai to catch an elusive most wanted terrorist when things go wrong, not once, but twice. After years of failed attempts, will the terrorist Hasan Izz Al-Din slip through her fingers for a third and final time? This story began one day in January as the result of […]

Welcome! I’m so glad you stopped by my humble website. I hope you’ll pull up a chair, a comfy pillow and blanket, a beverage, and stay for a while. There’s lots to offer you here. First and foremost are the stories. I’ve been telling stories for over 20 years. Hard to believe I’ll be 40 […]

GET TO KNOW ME BETTER

We will never, ever spam you or sell your information!